Midget to Junior A

04 Jul Midget to Junior A

When going from midget to Jr. A hockey, every parent must be aware that:

1) Driving the Net hard is the best way to get noticed. Most parents and players dream to be the next Sid the Kid, but the truth of the matter is that most of the players in the pro’s are not dirty danglers. even the players that might have been in the OHL realize they need to change their game to survive in the show. Midget to Jr.A players should be more concerned about skating with authority and mastering the art of making room for themselves. One of the most impressive skills for a scout to see is not a backhand toey, but the ability to accelerate hard to the net without the puck. Don’t forget to stand your ground once you get there.

2) Players need to be efficient and consistent in finishing their checks. Too often players try to impress the scouts by seeking out Rock ’em Sock’em highlight reel hits, but that’s not what they 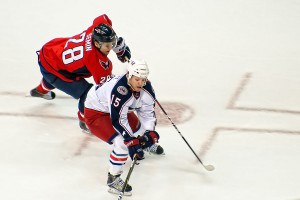 are looking for. They just want to see players who are relentless in pursuit of the puck, masters of taking away space and using their body to separate the man from the puck when necessary. The bottom line is… did the player pursue, angle, keep their feet moving and hit and pin; where they successful in separating the man from the puck and causing a turnover? Gliding and overusuing the stick to check, or turning away from an opportunity to finish a check are 2 great ways to get your name crossed off any scouting notepad!

3) A player needs to become a master space make. It’s not about carrying the puck on a highlight reel rush, as it is about getting D to back in or spread out to make room for a teammate. Making space is often referred to as “great vision out there”. You can play 14 years in the NHL if you are an expert at sucking in the check to leave empty pockets of space for the snipers on the team.

4) Puck protection and strength on the puck is imperative to play with the big boys. Let’s face it, only a small percentage of the game is played in open ice at the highest levels; most of it is played down low in the trenches! Ask most players when they make the jump from NCAA or CHL to the NHL and they will tell you that strength on the puck was one of the hardest things to get used to. Want to see how to master it, just watch some of the oldest guys like Jagr and see how efficient they become as they become less and less able to risk being engaged in toe to toe rough stuff. There are certain skills like cupping the puck and extending reach that come from ages as low as minor novice that 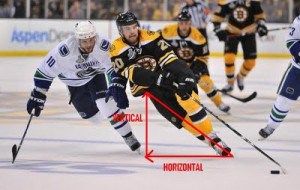 come into play when trying to be efficient in the corners. The problem is that many players form lazy habits as they become cocky and get ahead of themselves. They want to break free from the years of being told how to restrictively execute certain skills and put their own spin on them. This is fine as long as it doesn’t take away from their ability to play the game properly. This is where good coaching comes in.

5) Negative body language destroys careers. As players mature, they are expected to be level headed and able to carry themselves properly both on and off the ice. I remember one of my first scouting jobs when an older OHL scout came over to me before the game and told me to “throw away my pretty spreadsheets” and meet him at the snack bar after the game. We sat there for a good half hour watching the players gather in the lobby after the the game and interact with friends, family and fans. “This is where it starts kid, if they impress you here, bring your cute little sheets to the next game”. I’ll never forget that lesson. No matter how skilled you are, without composure and emotional control (AKA chivalry), you can’t  be expected to play in the bigs where you are representing cities, organizations and million dollar sponsors.