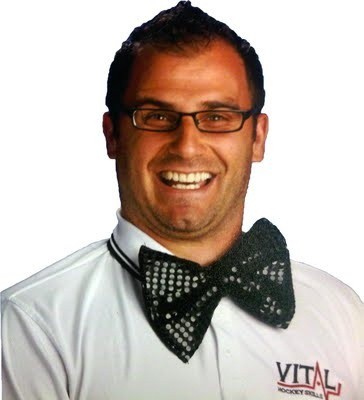 #5 Way to Lose a Hockey Game- Clearing loose rebounds
If you are the D in front of the net, make sure you are completely puck focused… head on a swivel? Who does that anyway? Be puck focused to the point that when there is a rebound, it is 2 tickets to panic city! Just out-right panic and clear the puck up the middle of the ice, tape to tape to one of their trailing forwards or aimlessly to their point man so that he can step into it and hammer it passed your unsuspecting (and seriously disappointed) tender!

#4 Way to Lose a Hockey Game– Wall battles
Wingers covering the point on the far side of the puck should NEVER feel a sense of urgency when the puck gets rimmed around to their side. Why should you get to the half wall in time? It’s the D’s fault for rimming it around in the first place, don’t dare make up for his poor judgement! If that D pinches… just bury your head and over-exaggerate your arm motion to really convince the fans that you are trying to get there in time! If the D stays on the point… make sure you go hard up the boards and completely let him get the inside on you and walk the shooting lane! Don’t worry, the goalie’s got it…

#3 Way to Lose a Hockey Game- Breakouts
Whoever said breaking out of a zone in hockey had anything to do with support and making yourself available as a passing option is absolutely clueless and obviously never played the game. What kind of coach would expect a player to think about their teammates first? Don’t get down deep on the wall as a winger facing the defenceman. Just glide and curl 4 feet from the boards right in front of him. It’s a great way to maximize the wind on your flow for sure! Don’t fall for that support talk as a centerman either… just haul ass as hard as you can out of the zone, banging your stick on the ice like a mad man! If they can’t get you that miracle sauce up the center, they aren’t real teammates anyway and chances are you are way too good to be on the team in the first place. Defencemen, stop skating with your head up looking for support will you! Bury that head, get on those inside edges and glide your way up the middle… that’s what toe-drags are for right? Don’t worry about that parent yelling “last man back”, coach said parent’s don’t know much anyways!

#2 Way to Lose a Hockey Game- Covering the front of the net
Protect the what? Pssshhhhh… don’t listen to another word of that folklore! We all know who’s running ship around here. Of course you can take a highly improbably chance to squeeze the biscuit out of that pile of guys in the corner. Your brain is telling you to, so why not listen? Get in there, you can’t make matters worse, your team doesn’t have the puck anyways! I mean what are the chances that the puck will actually get to that guy all alone in front? Why should you worry anyways? The tender looked pretty good last practice anyways! 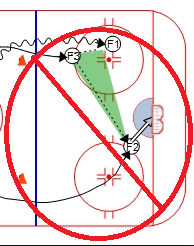