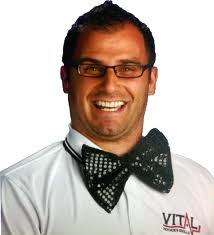 A lot of parents complain about coaches who tell young players to “Throw it off the boards”. They are frustrated that  these coaches equate  defensive hockey with getting the puck down the ice as quick as possible. While it is definitely not a replacement for creativity and handling the puck, there are huge benefits to teaching kids the art of chipping the puck off the boards. As long as they are taught how and when, a player that forms a real friendship with the boards, is often unstoppable!

The first thing they need to be taught is a brief lesson on angles and banking. Don’t be in a big rush to get the kids down to the local pool hall (not sure you’d get too many signed permission forms for that field trip!),

a quick diagram in the dressing room followed by a demonstration will work!

Basically they need to understand that banking the puck when you are close to the boards will result in an “uncontrolled” bounce, usually straight down the 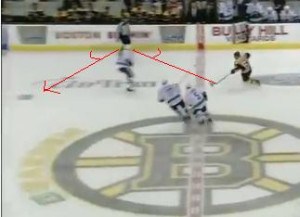 ice for icing. Since the point of a chip off the boards is to get the puck behind a defender to a teammate or yourself for a fast break, this type of small angle chip is useless. Instead, if the player does a crossover or two while they chip, the puck, they are creating a larger anle with the boards and the puck will have an outlet pass type bounce behind the player!

A great product I have found to let a kid experiment with this is the extreme passing kit from hockeyshot.com. Attaching it to the length of the synthetic ice surface lets any player try different banks and get a great understanding of how the boards
work! Click the pic and have a look!