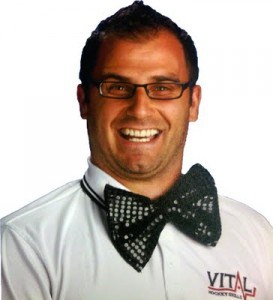 Concussion prevention starts with emphasis on heads up hockey skills at an early age.

Teaching kids to feel the puck from the moment they first start stick handling is the first step toward preventing concussions later on in their careers. It may seem like common sense that ll coaches would teach players how to stick handle, but just walk into a novice house league practice and watch the dozen-or-so kids on their knees playing with the snow on the ice while 5 of their teammates work on breakouts or face offs with their coaches. Fact is fact… most volunteer coaches look at stick handling as moving the stick side to side over the puck. Once they see that a player can generally do this, they move on to what they feel their job as a coach is… to teach “the game”, positional play and team concepts. This however is far from the truth, as skill development should never be rushed, especially something as important as getting a proper feel of the puck.

Concussion prevention at it’s most basic level, begins with rolling the wrists and developing a feel for the puck that translates into a  greater capacity to scan the ice for potential threats in later years. In other words, a “a head that’s up, is a head that’s not smashing into the boards!”

Most coaches would argue that skill development is done outside of the team’s practice, “there’s just way to much to cover to get the kids to play as a cohesive unit” I remember one minor atom coach telling me! Can you imagine if that was the dominating philosophy in education “Sorry, gotta get a tutor to teach your kid how to add, just not enough time in the day”…ridiculous! Many coaches feel intimidated with the mere thought of coaching skill development because they aren’t sure what progressions to use or where to start.  Bottom line is that if kids feel the puck by rolling their wrists, they don’t need to look down to know it’s there. As kids roll their wrists, they also learn to be softer picking up pucks off passes. One of the leading causes of injury is having to reach or chase after a mishandled puck. Absorb the energy of the puck, make it part of you, keep it with you… don’t get injured.

Does Concussion Prevention start at home?

Not totally, but to some degree it can! Through private lessons, or at home development devices, a parent can

substantially increase skill and decrease the chance that their child can get injured!

One home device that I think will become instrumental in concussion prevention is the Quickstickz product. A home video game style device where the

controller is a specialized stickhandling ball that is tracked by an infrared camera. check out the video below:

gone by and I had not looked down once, it dawned on me… “this has to be one of the best concussion prevention tools out there”.

There are drills as well as classic games like Arkanoid, where you are forced to constantly scan whats in front of you while rolling the wrists. Click on the Quickstickz camera and ball to be taken to the Quickstickz website (definitely worth a look).

This isn’t the only device that’s out there, it’s just a matter of sifting through the ones that actually work, but combining home practice devices with a well informed coach is the best pathway toward concussion prevention. For other tips and concussion related advice, coaches and parents can also visit stopconcussions.com be clicking on the logo.